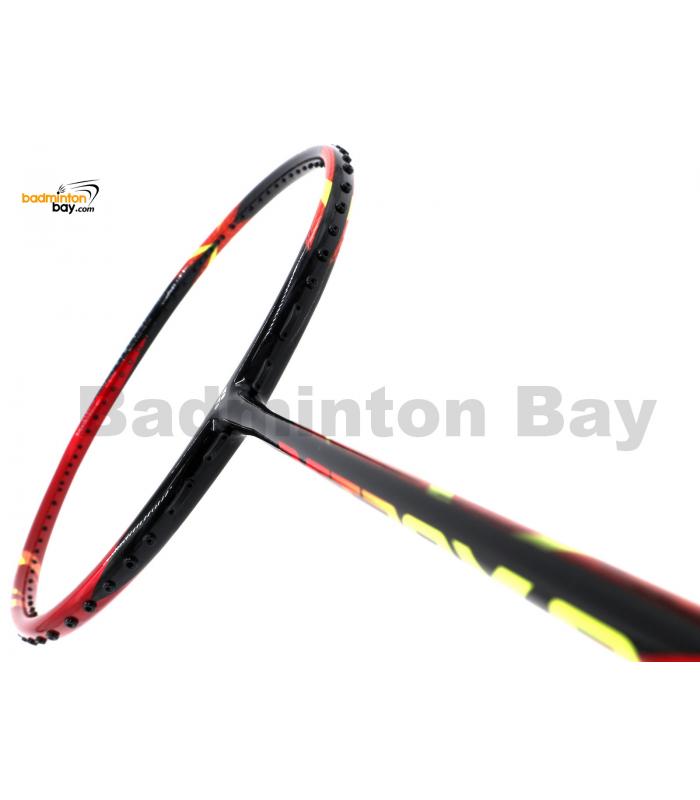 The Astrox 9 badminton racket is developed in Japan and made in Taiwan.

The powerful Astrox 9 badminton racket drastically improves racket's Rotational Power. For players who demand a steep angled and devastating smash, taking the point to their opponent.

Yonex ASTROX 9 racket is built using with Rotational Generator System. The counter balanced head adapts to each shot, helping you to control the drive and attack the opposition with increased acceleration, steeper angle and power on the smash.

This racket is also designed with Nanomesh Neo which is a material that promotes quicker shaft take-back.

Continue
What People Are Saying...

YESSS, INDEED, I enjoyed the product I bought from you! The racket worked excellent for 2 years, after that I hit the ground very hard and it broke. I definitely will come back and buy another one at your store, unfortunately I earn very little money at the moment; (I live in Romania, eastern Europe) and I need to save the money for this project, but I sure will come back! I liked your service as well, you hoped me last time too to buy a very good racket at a reasonable price. So, Im a fan ...READ MORE...»